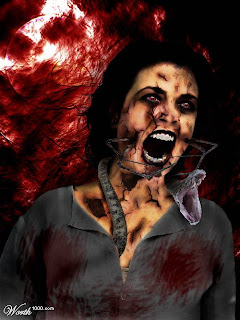 Shakespere and Chris Rock were right.

Don't get women angry at you.

No, I am not condoning what the deputy did.

Deputy held on child porn charge
Marvin Hurst - KENS 5 Eyewitness News
A deputy for the Bexar County Sheriff's Office is behind bars charged with possession of child pornography.
Gilbert Barrientos Jr., 38, was arrested at work after San Antonio Police Department's vice unit reportedly found evidence the deputy was in possession of child pornography. His bond is set at $10,000.
According to an arrest warrant, Barrientos and his wife were having marital issues because she suspected him of cheating. His wife told investigators they argued and when things got heated she left in her husband's truck and discovered two computer thumb drives.
The warrant states Barrientos' wife began sorting through the thumb drives on a computer and found multiple pictures of child pornography, including a 4-year-old child having sex with an adult male
After their forensic analysis, vice detectives said they recovered more than 200 illegal images on the drives.
Barrientos has been with the Sheriff's Office since 2001.