End of the story 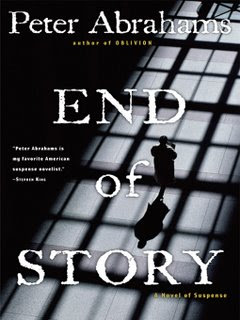 I would think the jury gave her such a relatively light sentence because they weren't happy with the cops on the video.

Caregiver gets five years for shaking baby
Graeme Zielinski - Express-News
After the San Antonio caregiver convicted of shaking Brenda Bonano's baby was sentenced to five years in prison and a $10,000 fine, Bonano stood and addressed Aritzaid Santiago.
“I'm not happy,” Bonano said in tearful Spanish.
She said all she had wanted from Santiago, 39, was the truth and that Tuesday was not a day of celebration for the Bonano family.
Santiago, who was found guilty Friday of causing injury in March 2006 to Nathan Bonano, then 5 months old, merely wept and sunk low as she sat in the jury box.
Nathan Bonano had to undergo emergency surgery and sustained brain and retinal damage.
The jury of eight women and four men arrived at the sentence after a marathon day Monday, when they began their deliberations at about 9 a.m. and were ordered sequestered in a hotel by Judge Pat Priest shortly after 10 p.m.
The panel reconvened Tuesday morning at about 7:45 a.m. before arriving at the sentence a little more than an hour later.
Denied an appeal bond by Priest, Santiago was handcuffed and taken into custody after Brenda Bonano addressed her. Santiago had been free on bond before her trial.
Santiago's lawyers, Jay Norton and Jeff Mulliner, spoke privately with the jury after the sentence was handed down. They said jurors told them they began their deliberations split on whether to sentence Santiago to probation or to send her to prison.
The five-year sentence, which will make Santiago eligible for parole in 2½ years, was the minimum once the jurors decided they needed to set an example for the community and have her serve time, Norton said.
Wilfredo Santiago, her husband of 21 years and father to their 3-year-old twins, was visibly shaken by the sentence when he addressed reporters. He professed his love for his wife and vowed an appeal of the conviction.
“I know that she's not responsible for what they're accusing her (of),” he said.
Brenda Bonano said the condition of her son, who is days shy of his third birthday, had improved markedly but he still undergoes therapy and must take anti-seizure medication.
She said she was unimpressed by Santiago's demeanor.
“She still says I didn't do it,” Bonano said. “But she did it.”
Posted by Sam at 5:57 AM