Failure to stop and render aid is a crime too, folks 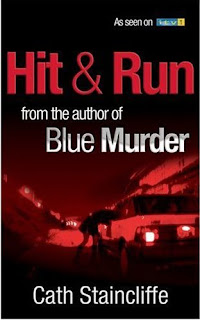 Another drinking and driving tragedy?

No way to prove it now as the driver ran off. As did the passenger.

Woman killed by pickup outside bar
Brian Chasnoff - Express-News
A pickup peeled out from the parking lot of a South Side bar early Sunday, crushing and killing a woman who had been running alongside it in high heels, a police report said.
Patricia Prado, 35, suffered head trauma and was pronounced dead at the scene in the 3700 block of Roosevelt Avenue.
The driver and a passenger in the pickup, both unidentified men, fled and had not been found on Sunday.
According to witnesses, Prado approached the pickup around 2 a.m. outside the bar when the driver suddenly accelerated. Running alongside the truck, she slipped and fell under its tires.
Police are investigating the incident not as a homicide, but as a failure to stop the truck following the fatal accident, police spokesman Joe Rios said.
Posted by Sam at 5:40 AM