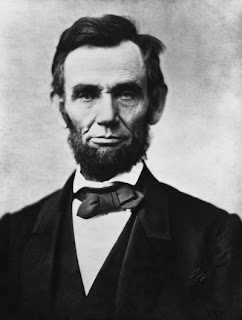 Abraham Lincoln was a Republican. The Republicans were against slavery.

The Dems were for it, LBJ symbolically enslaved millions more thru the "Great Society" programs. Making folks dependent on government hand-outs.

Vandals spray-painted the words “Republican means slavery” on the door of the York County GOP campaign headquarters overnight Friday.
Party volunteers called police after discovering the message when they arrived at the office on Rock Hill’s Oakland Avenue. The vandals also stole about 45 candidate signs from the front yard and spray-painted over a banner that carried a picture of Republican presidential nominee John McCain. Their messages included lettering and symbols sometimes used by gangs.
The culprits could face charges on petty larceny and damage to property, said Rock Hill police Sgt. Roderick Stinson. No one appears to have entered the office.

Whether it was teenagers playing a prank or adults looking to make a political statement, the nature of the message reflected racially charged hostilities that have flared around the country in recent days. Democrat Barack Obama is the first African-American to win a major party’s presidential nomination.
At McCain rallies last week, some spectators were heard yelling comments about Obama such as “kill him” and “off with his head.” At an event in Florida, a racial insult was directed at a black television cameraman.
McCain sought to quell such rhetoric Friday, saying Obama is a “decent person" and a “family man” who shouldn’t be feared as a potential president.
In York County, Republican leader Glenn McCall is among the first African-American to chair a county party in South Carolina. He’s also one of two black representatives on the 100-member Republican National Committee.
McCall said he believes the vandals were trying to influence voters at a time when polls show a tight contest.
“It just goes to show the election is much closer than folks would have you believe,” McCall said. “We have probably the most liberal ticket on the Democratic side that we’ve ever seen. When I look at the polls, it’s within the margin of error. There are people who are just getting nervous about that. As a result, they do desperate things.”
Party officials announced the incident and distributed photos of the vandalism this morning. Within hours, TV news stations and at least one conservative political blog, Palmetto Scoop, were reporting on it.
The vandals did their work sometime after 2 a.m., because that’s when party volunteers left the office after putting out candidate signs, said coordinator Joe St. John.
Local Republicans use the converted two-story house on Oakland Avenue as a temporary base of operations during the fall campaign season. They oversee phone banks, store candidate yard signs and host party functions.
The vandalism drew a condemnation from York County Democratic Party Chairman Jim Watkins, who said he hopes those responsible are punished. The Democratic Party rents space in an office building on East Main Street in downtown.
“This kind of thing has absolutely no place in our public discourse about important issues in this election,” Watkins said. “I’m just saddened by the whole thing. I hope whoever did it is caught and prosecuted.”
Said McCall, his Republican counterpart: “We’ll get past this and move on.”
Posted by Sam at 7:45 AM