Was it Bud Lite? 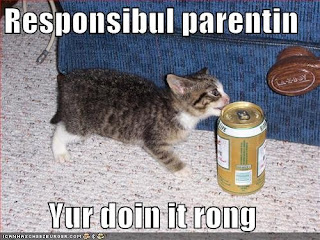 More stupid crooks what would we do without them?

DEHLI, Calif. (CBS13) ― A Delhi man was arrested after allegedly throwing a beer can at a sheriff's deputy and sparking a high-speed pursuit.

Chris Baker, 19, pulled up next to a police vehicle early Monday morning and rolled down the driver's side window, according to the Merced County Sheriff's Department. Baker allegedly asked Deputy Delray Shelton if he wanted something to drink, then hurled an open 12-ounce can of Budweiser through his open window into the deputy's vehicle.

Baker then allegedly drove off and refused to stop when a nearby deputy gave pursuit. Baker allegedly sped through a parking lot and evaded pursuit on Hillside Avenue. As authorities searched the areas, Deputy Shelton recognized Baker walking down the 9000 block Of Rochester Avenue and confronted him. Baker allegedly resisted arrest, and Shelton used his taser to subdue him.

Baker reportedly told deputies that he wanted to be arrested after his relationship with a girlfriend ended, and found it funny that he struck the deputy with the thrown beer. Baker told deputies that he had only committed a misdemeanor and that he expected to be released in a day. He is currently being held in the Merced Jail on $30,000 bail on a felony charge of assault with a deadly weapon, battery on a peace officer and resisting arrest, and could face a felony charge of evading a peace officer.
Posted by Sam at 8:36 AM