Not the sharpest knife in the drawer 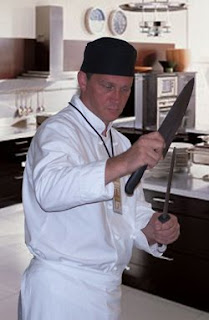 They make our job easier. LOL
Saints fan, 15, found in seat with stolen ticket
Chronicle News Services
NEW ORLEANS — Police tracking a credit card stolen from a parked car didn't have to look far to find their suspect.
The 15-year-old was sitting in his assigned seat at the Superdome after using the purloined card to purchase a ticket to a Saints game.
"You would think if you are going to buy a ticket to get in the stadium (on a stolen credit card), you would go sit somewhere else," said Maj. Greg Elder, commander of the New Orleans Police Department's 3rd District.
The credit card was stolen Oct. 6 when someone snatched a purse left in the unlocked car. The owner of the car reported the theft and told Detectives Tony Mayfield and Chris Harris that her credit card company reported the card had been used to buy a ticket to that night's NFL Saints game against the Minnesota Vikings.
The detectives arrived just before halftime, and recognized the young man in the seat as somebody who had previously been arrested for auto burglary, Elder said.
When they asked to see his ticket, he handed over a white envelope containing the ticket, the stolen credit card and the woman's driver's license, according to the initial police report filed by the detectives.
Police arrested the youth and escorted him out of the Superdome. Walking to the police car, he apologized and told the detectives he has a problem taking things that don't belong to him, the report said.
Mayfield and Harris advised him not to make any further statements unless his mother was present, and took the 15-year-old to the NOPD's juvenile division. He was booked with auto burglary and possession of stolen property.
Elder said people need to lock their car doors, adding that a substantial portion of burglary complaints come from people who left valuable items inside an unsecured vehicle.
"I wouldn't do it even in front of (police) headquarters," he said.
Posted by Sam at 5:59 AM