A casualty of war? 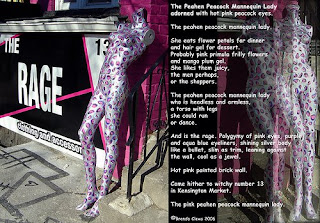 Probably, along with the drug related war between drug cartels which I believe has crossed the border from Mexico a long time ago.

Slain man's headless, handless body found
Express-News -
A man’s headless body was found beside the Guadalupe River in a rural area of Kendall County over the weekend, authorities said.
The victim, whose hands also were severed, likely was slain somewhere else, dumped at the location northeast of Boerne and covered with brush, said Matt King, chief deputy of Kendall County.
A man fishing on the riverbank Saturday afternoon saw the victim’s feet sticking out of the brush and called authorities. The victim’s head and hands have not been found.
“They attempted to hide him, but not very well,” King said.
King on Sunday did not know the victim’s identity, and an investigator with the Bexar County Medical Examiner’s Office refused to release any information.
The victim, who had numerous tattoos, suffered injuries to the chest and back and likely was killed recently, authorities said. No arrests in the slaying had been made Sunday.
Posted by Sam at 8:27 AM