Camel's nose in the tent 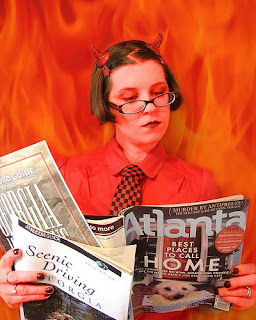 Religious group’s gig at courthouse OK’d
SAEN
BANDERA — A religious musical group received permission Thursday to perform on the lawn of the Bandera County Courthouse on the second Saturday of each month, despite concerns that granting the Family Christian Center’s request could raise questions about the separation of church and state.
“I think it’s a good thing,” County Commissioner Bobby Harris said. “I just hope we don’t have a bunch of atheists screaming and hollering about Christian music at the courthouse.”
“They can have the back porch,” County Judge Richard Evans responded.
Posted by Sam at 6:56 AM