Gone for life well, until paroled in 30+ years 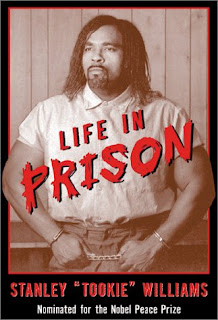 The end of this story?

Nah, there will be the appeals and then the writs.

Man who killed wife to spend life in prison
-SAEN
A Bexar County jury on Tuesday sentenced David Garza to life in prison for the 2006 asphyxiation death of his wife.
Julie Garza, 31, a mother of two children, was making plans to leave her abusive relationship with David Garza and return to her hometown in the Valley when her body was discovered in the bathtub of her Northwest Side mobile home.
David Garza was found guilty Monday.
Jurors on Tuesday heard about his three earlier felony convictions as well as his flight from San Antonio to West Texas after his wife’s slaying. He had crashed his own car and then led authorities on an almost 70-mile chase after carjacking and stabbing a man who had picked him up hitchhiking.
Posted by Sam at 6:03 AM