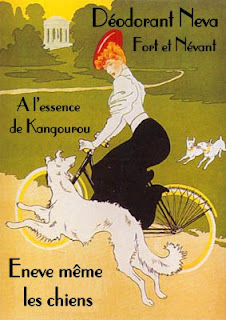 How pitiful is this?

He's lucky he wasn't shot and killed by the police.

DANIA BEACH, Fla. (AP) - Authorities said a man used a BB gun to make his getaway after stealing deodorant from a Dania Beach supermarket on Monday afternoon.
Publix employees told Broward deputies that they saw two men shoplifting deodorant spray Monday afternoon. A manager caught up with a 23-year-old man at a store next door. When the manager asked the man to return the deodorant, authorities say he pulled what looked like a black handgun.
Assuming it was a real gun, deputies closed off a nearby apartment complex and put a school on lock down. They also called in a helicopter and dogs to help with the search. They eventually found the man, who still had the deodorant and BB gun.
The man was charged with robbery with weapon and was being held on $50,000 bail.
Posted by Sam at 8:02 AM