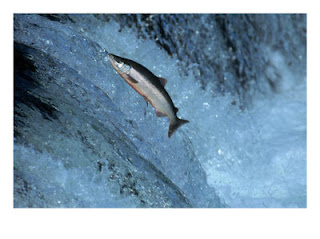 Lay out your case's weaknesses at the beginning, tell the jury what not to expect to see to overcome the CSI effect, and lay out what the evidence will show them.

Prosecutor says probe of fatal wreck was sloppy
Zeke MacCormack - Express-News
FREDERICKSBURG — A prosecutor told jurors at the start of an intoxication manslaughter trial Tuesday that the investigation of the 2007 crash in Bandera County that killed Joe Heinen and put his brother behind bars was flawed.
“This case was not investigated properly,” Assistant District Attorney Steve Wadsworth said in his opening statement at the trial of John Heinen, 32.
Evidence collected at the scene on Kings Ranch Road was lost, Wadsworth said, and no fingerprints were taken from inside the defendant's truck, which crashed into a roadside boulder and flipped as the men drove home from a bar.
That may explain why Wadsworth struck a deal in August under which John Heinen pleaded guilty to driving while intoxicated and was sentenced to 10 years probation and substance abuse treatment.
State District Judge Steve Ables withdrew his endorsement of the agreement — and reinstated the intoxication manslaughter charge — a week later upon learning Heinen was wanted in Oklahoma on a drunken driving charge, making him ineligible for the treatment program.
Authorities say John Heinen's blood alcohol level was more than twice the legal limit after the crash at 1 a.m. April 1, 2007, and that he said he couldn't remember if he was driving before being ejected and suffering a head injury, ruptured spleen and broken ribs.
Although investigators concluded John Heinen was driving, Wadsworth told jurors not to count on seeing definitive physical evidence, such as fingerprints on the steering wheel or welts left on the crash victims by shoulder straps.
Wadsworth said a Department of Public Safety trooper and Bandera County investigators didn't collect some evidence, including the truck windshield, and have been unable to account for some they did collect.
Defense attorney Steve Pickell told the jury of eight men and four women that he expects the state to prove his client “may” have been driving, and “may” have been intoxicated.
But, he said, “I would submit you are not going to hear proof beyond a reasonable doubt.”
The trial, which was moved from Bandera County due to extensive publicity there, is expected to last until Thursday.
Posted by Sam at 5:48 AM