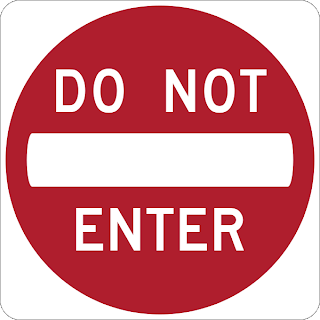 MPO keep your money grubbing hands to yourself and stay out of Comal County.

Its bad enough you have screwed up Northern Bexar County with your lack of reasonable planning and your failure to listen to community concerns as you try to shove your plans and only your plans down our throats.
Transportation authority making cities nervous
By Patrick Driscoll - Express-News
New Braunfels, Seguin, Boerne and other fast-growing pockets north of San Antonio are becoming too big to be without a transportation-planning umbrella to guide how federal dollars are spent, officials say.
But many residents in those communities nervously eye San Antonio's Metropolitan Planning Organization as a 500-pound gorilla looking to expand its territory. The agency's eagerness to toll new highway lanes doesn't help.
“It scares Comal County to death,” New Braunfels Mayor Bruce Boyer told the San Antonio planning board Monday.
Boyer and Comal County Judge Danny Scheel, who also spoke, have ruled out tolling as a way to pay for road lanes.
They said they haven't had time to reach any decisions on starting up a federal planning process.
“We don't have enough information yet,” Boyer said.
MPO Director Sid Martinez said federal regulations indicate that the agency's jurisdiction — which covers Bexar County, Selma, Schertz and Cibolo — should already include an urbanizing Hill Country swath stretching from Boerne to Seguin.
Growth projections for the next quarter century show enough population density to bring in all of Comal and Guadalupe counties now, he said.
At the very least, New Braunfels could be forced to form its own MPO after 2010 census results are released, Martinez said. But federal rules discourage the creation of adjacent planning groups, which means Hill Country areas could be thrust into San Antonio's planning orbit anyway.
“It's difficult to allow two MPOs in this region,” he said.
But for now, not wanting to push those communities into San Antonio's MPO, the board voted 10-2 to ask them to join.
“It's important to have you here to help us,” said San Antonio City Councilwoman Diane Cibrian, who sits on the board.
Voting against the measure were Bexar County Commissioner Tommy Adkisson and state Rep. David Leibowitz, D-San Antonio, who are critical of toll roads and the board's inclusion of non-elected members.
“This MPO can cram down more garbage in the throat of the community than you can imagine,” Adkisson told the New Braunfels mayor. “We do not want to consume you.”
Posted by Sam at 7:31 AM