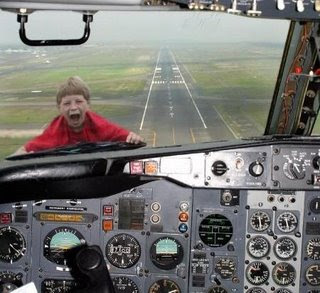 Okay, this is really very simple.

Do not take a gun on a plane.

S.A. soldier arrested in airport gun case
-SAEN
NEW YORK -- A San Antonio soldier on leave was arrested in New York after a Long Island-MacArthur Airport baggage inspector found a loaded handgun in her luggage, police said.
A federal Transportation Security Administration agent spotted the four-inch revolver in Army Spc. Vonda Collier's checked bag Sunday while conducting routine inspections, Suffolk County police said.
Collier, 38, was arrested on a charge of criminal possession of a weapon. She was to be arraigned Monday.
Collier had been scheduled to take a Southwest Airlines flight to Texas, police said. Police didn't know whether Collier had a lawyer. Her father, Heyward Collier of San Antonio, said he hadn't heard from her about her arrest and didn't know why she was on Long Island.
He said she had been stationed in Iraq, but had recently been on leave in the United States.
The Defense Department had no immediate information about Collier's status or where she was stationed. Collier's father said she joined the Army about eight years ago.
Posted by Sam at 5:28 AM