Next will it be give a Jew a shower day? 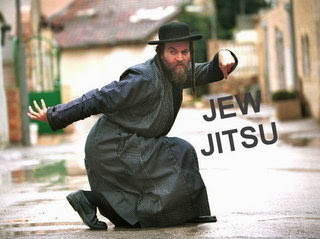 How come I don't hear anyone calling this racist?

If you can say that criticizing Obama's wealth sharing plans as being socialist racist than certainly this would fit the bill, no?

ST. LOUIS (AP) - At least four students from a suburban St. Louis middle school face punishment for allegedly hitting Jewish classmates during what they called "Hit a Jew Day."
The incident happened last week at Parkway West Middle School in Chesterfield.
District officials said Thursday they believe that fewer than 10 children of the district's 35 Jewish students were struck.
District spokesman Paul Tandy said that in most cases, the students were hit on the back of their shoulders but one student was slapped in the face.
It began with an unofficial "Spirit Week" among sixth-graders that started harmlessly enough with a "Hug a Friend Day." Then there was "High Five Day."
Soon, though, the days moved from friendly to silly. Next there was "Hit a Tall Person Day" and, finally, "Hit a Jew Day."
District officials believe a handful of children were directly involved. Those who actually struck classmates could face suspension and required counseling, Tandy said. Others who weren't directly involved but taunted Jewish students or egged on classmates could face lesser penalties.
"There is a mix of sadness and outrage," Tandy said. "The concern is a lot of kids knew about it and they didn't take action or say anything."
Karen Aroesty, St. Louis regional director of the Anti-Defamation League, said this was more than a case of bullying. Officials from the group will meet Friday with district leaders to discuss the matter.
Posted by Sam at 8:06 AM