No longer eating at the On the Run Cafe 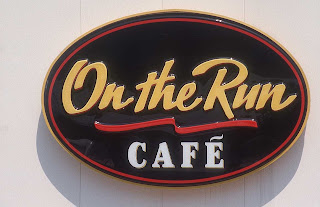 I'm sure the folks who run the home for disabled vets are horrified at this.

How can folks hide like this for so long?

Call me naive but how do they get new social security numbers and all that?

Fugitive couple arrested in S.A.
Brian Chasnoff - Express-News
As live-in caretakers of disabled veterans at a North Side boarding home, the married couple for years called themselves Gary and Lisa Nelson and claimed to be born-again Christians.
In fact, Bradley “Butch” and Luann Chase were fugitives, having fled Evansville, Ind., nearly a decade ago after charges of child molestation that earned them a spot in the annals of “America's Most Wanted.”
A neighbor recognized mug shots of the couple that aired on the television show Saturday night and called police, who arrested them Sunday morning.
Judy Balson, 64, said it took her awhile to connect the photographs with the Chases, who both had cut their long hair since their arrests in 2000.
“My thought was to go into action,” Balson said. “There are kids right across the street from them.”
Before they left Evansville, Bradley and Luann Chase both admitted to molesting two children over a span of years, police spokesman Joe Rios said.
Expected to plead guilty to four felony charges, Luann Chase instead told a judge in April 2000 that her husband forced her into committing the sex acts, according to a report by the Associated Press.
“I did it mostly more for my husband,” she said, according to the report. “My husband is very threatening, very controlling.”
The couple fled after posting bond and hid in Brownsville for about one month before moving to San Antonio, Rios said.
Marcello Saldaña said his parents hired the couple to work at Glorious Homes, a boarding home for disabled veterans, after conducting background checks on their identities, which they provided as Gary and Lisa Nelson.
“They came up clean,” Saldaña said. “We thought we had the proper resources to make sure everything was done thoroughly. I'm in total shock.”
In exchange for free room and board, the Chases cared for the veterans who cycled through the home, feeding them and providing medication. Saldaña said he wasn't aware of any problems with their employment.
“They did go to church and pray and stuff,” he said.
Balson was watching “America's Most Wanted” on Saturday night when something about Luann Chase's mug shot gave her pause.
“My eyes kept going up and down her face,” she said.
She called police the next morning.
Approached outside the boarding home in the 8300 block of White Oak, Bradley Chase told an officer his name was Gary Nelson. When Luann Chase admitted her identity, Bradley Chase began violently resisting, but soon he was arrested, police said.
He received five stitches at a hospital and continued insisting Sunday that his name was Gary Nelson, Rios said.
Luann Chase “gave him up. She told (police), ‘Yeah, that's us,'” Rios said. “She said, ‘I'm kind of relieved this happened after being on the run.'”
Posted by Sam at 5:37 AM