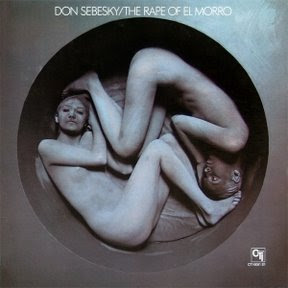 Unless you don't want any sleep try keeping your teen in the house if they are determined to get out.

Or they tell you they went to stay at a friend's house and they leave there later.

The father of a 16-year-old Silsbee High School cheerleader who is accusing three football players of sexually assaulting her said he hopes his daughter's case will shed light on what he calls a silent rape epidemic.
The father, whose name The Enterprise is withholding to protect his daughter's identity, said in a phone interview Wednesday with The Enterprise that his family has decided to speak out publicly. They will make their identities known after the case is closed, he said.
"It's somewhat her idea," he said of his daughter. "Before I went there, we talked about it."
The father said his daughter was back in school Tuesday and carrying on her normal campus routine - despite school officials urging her to keep a low profile, such as not eating in the school cafeteria. The cheerleader is going to take part in homecoming activities this weekend, he said.
"She's strong enough to get through it," he said. "She is trying her best to live her life.
"We can't put her in a shell and let her stay there."
Silsbee school officials have been tight-lipped about the case, declining to answer questions about how campus administrators have reacted to the incident, including whether they urged the girl to keep a low profile.
The district Wednesday released a statement saying that it had received a magistrate order prohibiting the three students charged in the case from going within 1,200 feet of Silsbee High School, its stadium and other facilities.
The boys also cannot attend or participate in the Silsbee High School football game Friday or other University Interscholastic League events involving Silsbee students.
The three football players were arrested Monday after the girl told police she was raped at a weekend party at a home at 324 Pinewood in the northern part of Silsbee, according to Silsbee police.
Police arrived at the home about 2:40 a.m. Saturday, according to a police affidavit.
Christian Paul Roundtree, 18, Rakeem Bolton, 17, and a 16-year-old male, whose name police have not released because he is a minor, were charged with sexually assaulting a child, according to the arrest warrant.
Roundtree, a senior, and Bolton, a junior, whose bonds were set at $100,000 apiece, were released late Monday.
Information on the status of the 16-year-old, taken to the Hardin County Juvenile Correction Center on a $100,000 bond, was not immediately available.
Attempts to contact Roundtree, Bolton and their families at their homes were unsuccessful.
Lawyer Russell Wright, who according to jail records is representing Roundtree, also could not be reached.
Sexual assault of a child is a second-degree felony punishable by up to 20 years in prison and a $10,000 fine.
It is considered sexual assault when one person intentionally penetrates another person sexually without the victim's consent, according to the Texas Penal Code. It also defines a child as a victim younger than 17 who is not married to the person who commits assault.
Silsbee police said earlier this week that they were investigating whether alcohol was involved at the weekend party at the home where the assault is alleged to have happened.
Investigators have not said whether they have talked to Stacy Darlene Riley, 39, who lives at the home at 324 Pinewood Drive.
The cheerleader's father said he and his wife did not know their daughter was going to the party.
"She was not supposed to be there," he said. "She did not have permission to be there."
Nevertheless, "she knows that she didn't do anything to deserve" being raped, her father said.
"She knows she's not damaged goods," he said.
He said that in the past few days, he has heavily researched national sexual assault statistics - and what he found was shocking.
"I'm just as outraged with myself for not knowing about it," he said. "It's a horrible statistic."
According to the Family Violence Prevention Fund web site, 20 percent of American women reported they were raped or physically or sexually assaulted in their lifetime.
And that's the reported cases.
He said his daughter feels obligated to speak out in order to help prevent others from being victims.
"It's not a game by any means, but it's something we have to win," he said. "I want justice and I'm going to believe her.
"I'm not naive to believe the other side is not thinking the same thing about us," he added, referring to the families of the boys accused in the case.
He said he is aware of the interest the case has created in the small town of about 6,300 residents as well as throughout Southeast Texas.
"I read the blogs," he said. "There's people who support my daughter and some who don't."
The father said that despite the incident, the family plans to stay in Silsbee.
"I'm not afraid to keep my kids in this school district," he said. "This is my home."
Some Silsbee residents such as Paula Kiner, who has lived here for four years, wondered why parents didn't know about their children being at an early morning party.
"I can't imagine a child being out at 2 o'clock in the morning, Kiner, a 54-year-old medical transcriptionist said in an interview Wednesday. "I can't imagine any child being out under the age of 18."
"I almost cried, because I thought Silsbee was different," she added.
The Rev. Mark Davis, director of Silsbee's Youth Young Adult Fellowship Alliance, said the sexual assault allegations were shocking.
Davis, who also is pastor at Holy Temple Church of God in Christ in Silsbee, said he sees a need for more social opportunities for teens on weekends and after football games.
"In Hardin County there are no recreational facilities at this time," he said. "You need alternatives to sexual activity and all types of mischief.
"Unless we provide constructive things to do on the weekend, we are inviting mischief. If you leave it up to them, they are not always going to be very adult about what they're going to do."
Posted by Sam at 8:12 AM