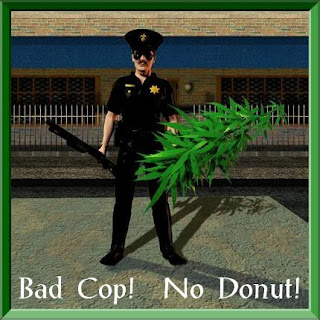 IMHO the drug cartels seem to be establishing a foothold across the border.

No evidence, just a hunch.

Starr sheriff faces three drug charges
Lynn Brezosky - Express-News
McALLEN — Starr County Sheriff Reymundo Guerra was indicted on drug charges and arrested by FBI agents Tuesday at his Rio Grande City office.
The 52-year-old sheriff, also known as “Tio,” is a defendant in an indictment returned under seal by a federal grand jury this month. The 19-count indictment alleges that Guerra and 14 other defendants were part of a conspiracy — dubbed “Operation Carlito's Weigh” by investigators — to move hundreds of pounds of marijuana and cocaine through the remote border county.
Guerra is charged with three counts: conspiracy, acting as an accessory by suggesting a co-defendant use fake lease documents to avoid apprehension and using a phone in the conspiracy.
He faces 10 years to life in prison plus a $4 million fine if convicted on the conspiracy charge, up to 20 years in prison plus a $2 million fine on the accessory charge and up to four years in prison plus a $250,000 fine on the third charge.
At an initial appearance Tuesday, the burly, mustachioed sheriff told U.S. Magistrate Judge Dorina Ramos that he understood the charges. Ramos ordered him to remain in custody pending an arraignment Friday.
His attorney, Philip Hilder of Houston, said he is innocent.
“We will answer the charges in a court of law,” Hilder said.
If convicted, Guerra will join a list of Texas border officials to go down for drug trafficking or corruption.
Among them, Eugenio “Gene” Falcon, a predecessor in the Starr County Sheriff's Office, went to prison in 1998 for taking kickbacks from a bail bondsman. Former Zapata County Sheriff Romeo T. Ramirez pleaded guilty in 1994 to accepting bribes from federal agents posing as drug dealers.
Former Cameron County Sheriff Conrado Cantu is serving more than 26 years in prison for using his badge to extort money from drug dealers and other criminals. And former Laredo Police Chief Agustin Dovalina is behind bars for taking bribes to protect illegal eight-liner gambling parlors.
“We are hopeful that this type of investigation will prove to be a deterrent to those who are considering engaging in violations of the law while enjoying the public's trust,” FBI Special Agent Ralph G. Diaz said in a statement.
Posted by Sam at 5:36 AM