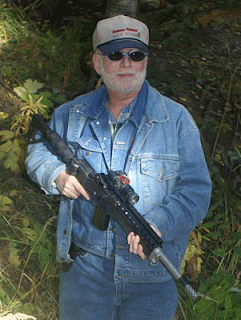 Found within a couple of blocks of my kid's high school. he's away now, thank goodness.

U.S. marshals and San Antonio police on Wednesday arrested an 18-year-old man wanted in connection with the killing of a teenager in August.
Vance Keenan is accused of killing Paul Osoria, 16, with an assault rifle outside a West Side apartment complex on Aug. 20, according to the U.S. Marshals Service. A marshals service poster stated that Keenan “used a mini-14 rifle to shoot the victim multiple times at close range”.
San Antonio police charged Keenan with the shooting and issued a warrant, but were unable to locate him immediately.
Keenan avoided authorities once again before his capture on Wednesday afternoon. After releasing Keenan’s picture to San Antonio media, the marshals service and the San Antonio Repeat Offender Program unit received tips that Keenan could be found at a location near Loop 1604 and Potranco Road, deputy U.S. Marshal Thomas Smith said.
However, Keenan escaped before he could be arrested.
New tips received Wednesday led authorities to an apartment complex near the intersection of BlancoRoad and West Avenue. Keenan and another individual were arrested around 6:30 p.m. after being spotted inside a vehicle.
A group of men chased Osoria on Aug. 20 through a parking lot while firing guns multiple times, striking Osoria and one apartment wall, witnesses told police. One gunman yelled to Osoria, “What’s up now cuz,” before running away, according to a police report.
Osoria died at the scene in the 2600 block of Westward Drive near S.W. Military Drive.
Smith said Keenan had a juvenile crime record, but did not elaborate on his previous charges.
“Let’s just say he’s no stranger to law enforcement,” he said.
Posted by Sam at 5:52 AM