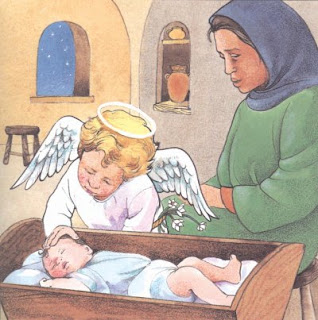 Kids don't just disappear do they?

Not for four months without something going on, eh?

The Mom doesn't call the police to report the child missing for more than a month along with the alleged baby sitter because she was scared? I'm afraid the child is dead.

Missing Fla. girl's mom indicted on murder charge
By MARK WANGRIN Associated Press Writer
ORLANDO, Fla. (AP) - The mother of a missing Florida 3-year-old wept as her attorney told reporters she is innocent and going through a "nightmare."
Hours later, a grand jury issued a sealed indictment charging Casey Anthony with first-degree murder in the death of daughter Caylee, even though the child's body has not been found during an exhaustive four-month search.
"I sincerely believe that when we have finally spoken, everyone, and I mean everyone, will sit back and say, 'Now, I understand. That explains it,'" Anthony's attorney, Jose Baez, said Tuesday as he stood next to his client before the indictment was issued.
The grand jury also charged Anthony, 22, with aggravated child abuse, aggravated manslaughter and four counts of lying to investigators about Caylee's disappearance, State Attorney Lawson Lamar said. Casey Anthony is being held without bond.
Orange County Sheriff Kevin Beary said investigators' satisfaction that the indictment had been issued was tempered by what it concludes about the fate of the girl, whose body has not been found.
"Speaking as a father, a day doesn't pass where I wish the evidence that we have gathered didn't add up to the painfully obvious," he said, adding that investigators will continue looking. "Sadly, I cannot change the facts surrounding the investigation."
If convicted of first-degree murder, Anthony could face the death penalty or life in prison. Prosecutors said no decision has been made on whether to seek the death penalty.
After the indictment was announced, Baez spokesman Todd Black said Lamar was rushing the case to the grand jury as a ploy to get re-elected.
Casey Anthony's father, George, testified Tuesday behind closed doors to the 19-member grand jury along with a detective, a cadaver dog handler and an FBI agent.
For part of the grand jury hearing, the external audio system of the courtroom was left on, feeding into media trucks outside. Chief Judge Belvin Perry Jr. warned members of the news media that they could be charged with criminal contempt if they made public what was said since grand jury proceedings are secret. Perry said he didn't know what may have been heard.
The child's grandmother first called authorities in July to say that she hadn't seen Caylee for a month and that her daughter's car smelled like death.
Casey Anthony told authorities that she had left her daughter with a baby sitter in June, and that the two were gone when she returned from work. She says she spent the next month trying to find her daughter and didn't call authorities because she was scared.
Investigators immediately started poking holes in her story. The apartment where Casey Anthony said she had left her daughter had been vacant for months, they said. They said she also lied when she told them she had been working at an area theme park as an event planner.
Investigators also accused her of stealing checks from a friend and cashing them. She was charged with felony child neglect and making false statements along with forgery and theft. She was released on $500,000 bail and confined to her parents' home.
Posted by Sam at 6:00 AM