Another life taken too soon 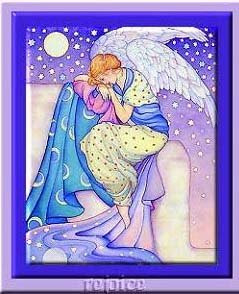 Update:
I put alcohol as a question in my original posting and I regret placing that as a question. I was not implying he was drunk, I was listing a possible reason. I see that in so many cases that I may be a bit callused to it. For that I apologize to the family and friends of Thomas Andrew Whitley.
As I stated before this is a tragedy and it continues to be a tragedy and it will always be a tragedy, regardless of what caused the accident which appears now to be excessive speed.
Perhaps young Andrew's life, the consequences of his actions, and his ultimate death will prevent other children and young adults from doing the same thing.
Again my deepest condolences to the family of this fine young man taken too soon.
Teen died so close to his home
Colin McDonald - Express-News
Thomas Andrew Whitley, 17, loved to climb mountains, play hacky sack and, like so many teens, drive his car fast.
On Tuesday night, his friends and family gathered to remember the Alamo Heights senior who was driving more than twice the speed limit when he hit the concrete wall of a drainage ditch less than a block from his Terrell Hills home at 1 a.m. Saturday.
There were no skid marks. Whitley was wearing a seat belt.
Motor vehicle accidents are the leading cause of death for teenagers, according to the Centers for Disease Control and Prevention. But Texas has seen a 22 percent decrease in teenage traffic fatalities since introducing restricted drivers' licenses for new drivers in 2002 and the Teens in the Drivers Seat educational program, the Texas Transportation Institute reported this week.
Department of Public Safety investigators working with Terrell Hills police determined Whitley was traveling 68 to 70 mph when his Toyota Camry went off Morningside Drive, a residential street. They concluded the cause of the accident was excessive speed, according to Police Chief Greg Whitlock.
“We don't know what happened,” said Whitley's mother, Karen Whitley. “We think he was trying to avoid a neighborhood cat or something.”
On Saturday and Sunday nights, most of the Alamo Heights High School senior class gathered at the crash site, where they prayed and constructed a makeshift altar.
“He had some really, really close friends,” Karen Whitley said. “I think he has more now than he realizes.”
Whitley went by his middle name of Andrew. He was excited to start a hacky sack club at his school and was one of the best at it, setting his record of bouncing the beanbag off his feet 420 times without letting it hit the ground.
He recently had become an Eagle Scout after doing a landscaping project at the University of the Incarnate Word. His friends said he was laid-back and spontaneous, except when it came to planning for the project, an outdoor study area for students.
Whitley fell in love with mountains while on a Scouting trip to Mount Livermore in West Texas and came home knowing that climbing them was what he wanted to do, his mother said. Soon the family vacations were dictated by his desire to see Yellowstone and Yosemite national parks.
To get in shape, he started a daily training regime, running 3 miles and doing push-ups.
“It was funny. He was kind of like that pudgy kid with glasses in elementary school and then in high school was ridiculously fit,” said J.T. Looney, a close friend since first grade.
More Scouting trips would take Whitley to Colorado, where he climbed nine of the state's 14,000-foot peaks with his dad and the “crew,” as members of Troop 59 call themselves. His dream was to attend college in that state so he could climb all 53 of those peaks, Karen Whitley said.
Karen Whitley said her son enjoyed driving fast. His friends agreed, saying speed was one of his signatures.
“He loved the adrenaline he got from it,” Looney said. “He used to brag at school that his top speed on Morningside was 70 mph.”
But for a 17-year-old, he was very grounded, his mom and friends agreed. On Friday night, he was returning home from a friend's house.
Motor vehicle crashes account for more than a third of all teenage deaths in the United States, according to the CDC. Driving at night is the leading cause of teenage driving fatalities, said Bernie Fette, a Texas Transportation Institute researcher.
“We conducted interviews with 7,000 teenagers and only 2 percent realize that driving at night is a risk, much less the No. 1 risk,” Fette said.
Original Posting
Drinking? I hope not. (and apparently it isn't or wasn't alcohol)

Sorry. My condolences to his family. Its another tragedy.

Terrell Hills teen killed in morning wreck
By Robert Crowe - Express-News
A 17-year-old boy was killed Saturday morning in a rollover accident near his Terrell Hills home, police said.
The incident happened about 1:20 a.m. in the 600 block of Morningside Drive.
Terrell Hills Police said Thomas Andrew Whitley was driving a 2000 Toyota when it rolled over, killing the youth.
He was pronounced dead at the scene, police said. He was the only person in the vehicle, and no other cars were involved, police said.
Police are still trying to determine what caused the accident.
"As far as the contributing factors, it's all under investigation right now," said Sgt. Rick Trevino of the Terrell Hills Police Department.
Posted by Sam at 8:52 AM