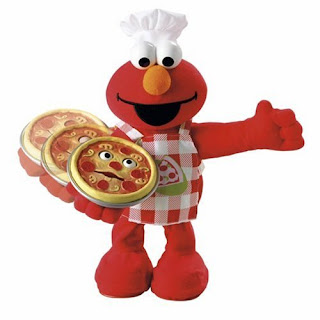 The silly season is upon us.

Look, just do away with the tests, give everyone an "A" and order pizza!

All win, and our society loses.

Rewarding high test scores could violate privacy laws
Lindsay Kastner - Express-News
First it was cupcakes. Now pizza parties are at peril.
It was the Legislature that debated when kids could scarf down cupcakes at school with its 2005 “Cupcake Amendment.”
This time, it's Education Commissioner Robert Scott who's is cautioning that pizza parties, field trips, cash and other rewards for students who pass state tests may violate federal privacy laws by revealing which students failed.
“While I understand that such motivational efforts are based upon a genuine concern for students, honoring students who meet the passing standard on the test may unintentionally identify students who did not meet the standard, negatively impacting them,” Scott wrote in a letter to district administrators this week.
With both federal and state public school-accountability systems tied to passing rates on the Texas Assessment of Knowledge and Skills, many schools go to great lengths to cheer on students who pass the tests.
Local principals have shorn their hair, held pep rallies and relaxed student uniform policies. One year, San Antonio's Carroll Academy held a dress-up “Oscar Night” complete with a red carpet.
Scott wrote that his letter was prompted by “numerous reports” in which confidential information may have been inadvertently disclosed, sometimes when rewards are offered to select groups of students.
But representatives for San Antonio's three largest districts, Northside, North East and San Antonio independent school districts, say the letter will have little impact there.
“Northside schools do not single out individual achievement on TAKS,” spokesman Pascual Gonzalez said. “But, rather, if there are celebrations, they are schoolwide celebrations for everybody.”
And in San Antonio ISD, spokeswoman Priscilla Gutierrez knows of plenty of principals who have made good on a promise to shave or dye their hair once their school met TAKS-related goals.
Debbie Graves Ratcliffe, a spokeswoman for the Texas Education Agency, said many districts take a similar approach.
“I think a lot of schools do have celebrations for everybody that celebrate that people tried their hardest on their test or that the test is over for the year,” she said. “And you could certainly hand out private recognition. You could hand out a certification or a note.”
Scott noted that student educational records must be kept private according to federal law and encouraged districts to adopt local policies “to avoid any possible violation of laws protecting the confidentiality of students' educational records or appearance of impropriety.”
He also said it was possible districts could recognize top performers — those who reached the state's “commended” level — without flouting the law.
Graves Ratcliffe said celebrations that single out test-passers have tapered off somewhat since the agency released a similar letter in 2001 and this week's letter was a sort of reminder.
“It really is a violation of a federal privacy law, and they need to be mindful of this,” she said. “I'm sure nobody does this to embarrass children, they just don't stop to think that in celebrating the passage of the test they are identifying all kids as passers or failers.”
Posted by Sam at 8:13 AM