Loose and free with the truth 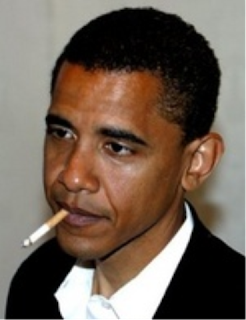 But Obama said it so it must be true?

I guess it wasn't true after all.

But wait! A reporter said it happened so it must have. Yeah, right.

Secret Service says "Kill him" allegation unfounded
By Andrew M. Seder aseder@timesleader.com Staff Writer
SCRANTON – The agent in charge of the Secret Service field office in Scranton said allegations that someone yelled “kill him” when presidential hopeful Barack Obama’s name was mentioned during Tuesday’s Sarah Palin rally are unfounded.
The Scranton Times-Tribune first reported the alleged incident on its Web site Tuesday and then again in its print edition Wednesday. The first story, written by reporter David Singleton, appeared with allegations that while congressional candidate Chris Hackett was addressing the crowd and mentioned Oabama’s name a man in the audience shouted “kill him."
News organizations including ABC, The Associated Press, The Washington Monthly and MSNBC’s Countdown with Keith Olbermann reported the claim, with most attributing the allegations to the Times-Tribune story.
Agent Bill Slavoski said he was in the audience, along with an undisclosed number of additional secret service agents and other law enforcement officers and not one heard the comment.
“I was baffled,” he said after reading the report in Wednesday’s Times-Tribune.
He said the agency conducted an investigation Wednesday, after seeing the story, and could not find one person to corroborate the allegation other than Singleton.
Slavoski said more than 20 non-security agents were interviewed Wednesday, from news media to ordinary citizens in attendance at the rally for the Republican vice presidential candidate held at the Riverfront Sports Complex. He said Singleton was the only one to say he heard someone yell “kill him.”
“We have yet to find someone to back up the story,” Slavoski said. “We had people all over and we have yet to find anyone who said they heard it.”
Hackett said he did not hear the remark.
Slavoski said Singleton was interviewed Wednesday and stood by his story but couldn’t give a description of the man because he didn’t see him he only heard him.
When contacted Wednesday afternoon, Singleton referred questions to Times-Tribune Metro Editor Jeff Sonderman. Sonderman said, “We stand by the story. The facts reported are true and that’s really all there is.”
Slavoski said the agents take such threats or comments seriously and immediately opened an investigation but after due diligence “as far as we’re concerned it’s closed unless someone comes forward.” He urged anyone with knowledge of the alleged incident to call him at 346-5781. “We’ll run at all leads,” he said.
Posted by Sam at 8:28 AM