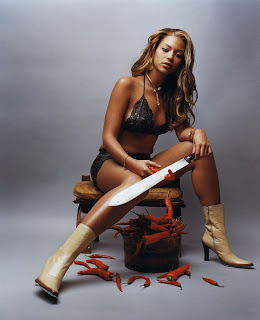 She was hoping to be rid of him and said single too soon.

Now she is dead.

Murdered: Emma Forrester was hacked with a meat cleaver by her husband. He claimed he was provoked when she changed her marital status to 'single' on Facebook
A husband who hacked his wife to death with a meat cleaver in fury over her Facebook entry was jailed for a minimum of 14 years at the Old Bailey today.
Wayne Forrester, 34, drank alcohol and took cocaine before driving 15 miles to the family home to attack wife Emma as she lay in bed.
The couple had separated four days before the murder in February and Forrester later told police he had been provoked by his wife changing her marital status to "single" on her Facebook entry, the court heard.
Forrester, a HGV driver, admitted murder in February this year in New Addington, near Croydon.
Emma was found in a pool of blood after neighbours were woken at 6.30am by her screams. Near her body was a large kitchen knife and in another room a blood-soaked meat cleaver.
Jailing him for life, the Common Serjeant of London Brian Barker QC said: "Your wife ended the relationship. Your reaction was one of anger and resentment.
"There is no possible excuse or justification.
"This is a tragic killing of a young woman and what you have done has called untold anguish."
The court heard that the Forresters had a "volatile and unstable marriage characterised by periods of separation and reconciliation".
Alex Lewis, prosecuting, said that while Forrester was in and out of work and cared little for family life, his wife took two jobs to make ends meet.
Her parents supported the pair financially and moved home closer to them to help their daughter.
Four days before the murder Forrester moved out of the family home to stay with his sister in Paddington. He repeatedly called home and threatened to kill her.
Ms Lewis said: "He was angry about an entry on Facebook he said made him look like a fool as she had advertised her marital status as single. He accused her of having an affair."
Posted by Sam at 6:54 AM