Stop and Rob Not! 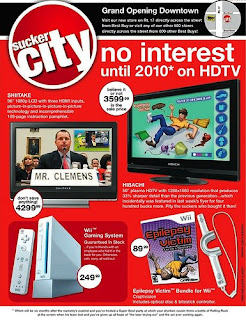 Time for us to go to work.

Two charged after alleged robbery
By Mark Koopmans The Herald-Zeitung
Two men have been charged with aggravated robbery following an incident reportedly involving a handgun at Circuit City in New Braunfels. The men, who police officials refused to identify Monday night, were arrested only hours after police responded to Monday incident.

About 3 p.m., officers with the New Braunfels Police Department responded to a robbery call at the Circuit City at 1286 North Interstate 35, said Lt. Mike Penshorn.“According to witnesses, two males had been involved in the theft of several electronic items,” he said. When the store’s loss prevention employees approached the pair, one of the men reportedly pulled out a handgun,

Penshorn said.“The subjects had fled prior to officers arrived on the scene,” he said. “However, officers were quickly able to find the vehicle used by the two suspects.”The grey-colored, late-model Pontiac Grand Am was found in the Econo Lodge Inn & Suites parking lot, 1254 Farm-to-Market 1101, only a few hundred yards from the store. Penshorn said the two men were detained at the same location as their reported get-away vehicle,which was towed away about 4:15 p.m.

The men were charged with one count each of aggravated robbery, a first-degree felony. If convicted, the men could face five to 99 years in prison and a fine of up to $10,000.
Posted by Sam at 5:38 AM