The children are in a better place 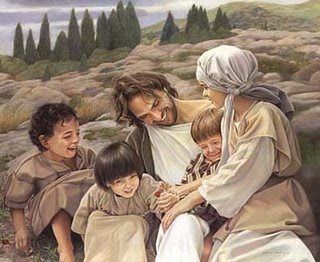 Good luck on that trial.

Let me know how that whole change of venue thing worked out.

Get back to me if they don't find him guilty. Hah!

Corpus chosen for slain children's trial
Graeme Zielinski - Express-News
A 29-year-old San Antonio man charged with capital murder in what his lawyers have called the “babies under the house” case because of its notoriety will be tried the first week of January in Corpus Christi.
That was the decision Friday by 175th District Court Judge Mary Roman, who last month ordered that Jerry Salazar's trial be moved from Bexar County.
Salazar's lawyers argued that the “inflammatory” tone of news coverage here had made it impossible for him to get a fair trial.
Salazar, in custody since his arrest in 2007, was charged along with his former girlfriend, Valerie Lopez, 21, in the killings of Lopez's children, 14-month-old Sariyah Garcia and 4-month-old Sebastian Lopez. Their bodies were found, stuffed in trash bags, beneath an abandoned South Side triplex in March 2007.
Corpus Christi was to have been the site of Lopez's trial earlier this summer, but she reached a plea deal with prosecutors, sparing her life in exchange for testifying against Salazar. Convicted of capital murder in both killings, she was sentenced to life in prison without parole.
One of Salazar's court-appointed lawyers, Dwight Chumbley, again praised Roman's decision to change the venue and said Corpus Christi was a place “where we'll get a better shot at a fair and impartial jury.”
Prosecutor David Lunan noted that the Nueces County district attorney had not sought the death penalty for about 10 years, though he said he did not expect that would complicate the already-lengthy process of choosing a capital murder jury.
The trial is expected to take about eight weeks.
Posted by Sam at 8:56 AM