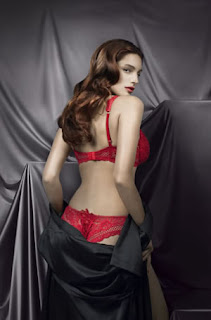 Go get a room.

Owner of Duncanville swingers club the Cherry Pit convicted
By JON NIELSEN / The Dallas Morning News
The city of Duncanville is another step closer to shutting down a notorious swingers club after its owner's guilty verdict.
Jurors deliberated for about 45 minutes Tuesday before finding Jim Trulock guilty on 10 counts of illegally operating the club known as the Cherry Pit from his home.
Mr. Trulock had challenged the 10 municipal citations, five accusing him of operating a sexually oriented business without a permit and another five accusing him of operating a sex club. He will face a $7,500 fine for the Class C misdemeanors.
"It's indicative of a climate of intolerance in the city of Duncanville," Cherry Pit attorney Ed Klein said after the two-day trial.
He argued that his client isn't operating a business and that he is entitled to his privacy.
Mr. Klein said he planned to appeal the verdict of the six-member panel of four men and two women. The attorney said he would also seek to have the charges run concurrently, which would reduce the fine to $1,500.
Mr. Trulock, 59, and the home's co-owner, Julie M. Norris, 30, face separate criminal charges involving Texas Alcoholic Beverage Code violations and suspicion of engaging in organized crime. Court dates related to those charges are pending.
Mr. Klein also has a civil case pending against the city challenging its ordinance. It's unclear what effect Tuesday's verdict will have on those cases.
During the trial, city prosecutor Kim Lafferty called nearly a dozen Cherry Pit patrons as witnesses. They were identified through paperwork seized at the home during a police search in July. Six of those patrons chose to invoke the Fifth Amendment, refusing to answer questions on the grounds that doing so could be self-incriminating.
Those who did testify Monday and Tuesday told the jury that they paid $50 to join sex parties at the home. Mrs. Lafferty had witnesses describe the main room of the home, which included televisions playing pornographic videos.
"This is not a house that is being used as a residence," Mrs. Lafferty told the jury during closing arguments. "There aren't too many people who have a stripper pole in the middle of their living room or a bar upstairs where you have a bartender serving drinks."
Mrs. Lafferty entered into evidence the Cherry Pit's assumed name certificate registered with the Dallas County clerk that allows Mr. Trulock to do business as the Cherry Pit.
She also showed waivers that Cherry Pit patrons must sign stating they will not sue Mr. Trulock or "employees."
"If this were not a business, how can he have employees?" she asked the jury during her closing argument. "There are also rules on here that all decisions are final and he can deny access to his home.
"Those are things you see in a business, not in a home."
Two city workers who issued citations to Mr. Trulock testified that they viewed online advertisements promoting sex parties at Mr. Trulock's home.
But Mr. Klein said during closing arguments that the state's witnesses didn't present enough evidence to find his client guilty.
"They didn't bring you anything you could touch, see, smell or hear," Mr. Klein said. "With the resources the city of Duncanville has available to them, they could have brought you evidence of business activity there if they had any, but they don't."
Some of the witnesses chose to stay in the courtroom to hear Judge Kent Traylor read the jury's verdict. Several shook their heads in apparent disbelief.
Mr. Klein said he continues to believe that the ordinance and the jury's verdict are targeting Mr. Trulock and Mrs. Norris. Last November the City Council passed an ordinance restricting where sexually oriented businesses could operate.
"Duncanville's motto is 'the perfect blend of family, community and business,' and Mr. Trulock just doesn't fit in," Mr. Klein said in his closing argument. "They designed an ordinance around him to try to run him out of town."
Posted by Sam at 8:16 AM