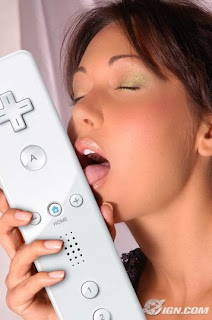 Really, what were they thinking?

In a country where women wear burkhas and sex outside marriage is forbidden you guys act like two dogs in heat on the beach?

No sympathy here. Get a room next time!

Britons sentenced to jail in Dubai for beach sex

A Dubai court sentenced two Britons to three months in prison on Thursday and ordered their subsequent deportation for having sex on a beach in the booming Muslim Gulf emirate.
Michelle Palmer, 37, and Vince Acors, 34, were found guilty of having sex in a public place in the early hours of July 5 after drinking heavily.

Both are still free on bail and were not in court to hear the verdict in the highly publicised case.
The defence said it would appeal, although the relatively moderate ruling showed that they only committed an indecent act in public and did not actually have sex.
But the prosecution said there was evidence they did have sexual intercourse and that it might appeal the "light" sentence.
"The sentence is rather light. I expect the prosecution to appeal," a prosecution official told AFP, speaking on condition of anonymity.

Under the laws of the United Arab Emirates, of which Dubai is part, the maximum sentence for sex outside of marriage is one year imprisonment and the minimum is three months, the official said. The same applies for committing an indecent act in public.
"The least they should have got is six months for the first charge (sex) and three months for the second (indecent act in public)," the official said.

Judge Hamdi Abul Khair also fined Palmer and Acors 158 pounds each for drinking alcohol.
Both Palmer, a publishing executive who has been sacked from her job following the case, and Acors, who was on holiday in Dubai, have been barred from leaving the UAE.

The prosecution official dismissed a suggestion that the judge might have shown leniency because of the defendants' nationality or to avoid the negative publicity that a harsher sentence could have provoked in Britain -- a country that enjoys strong ties with the UAE.
"No way" can there be a link between the sentence and their nationality, he said.

The couple have 15 days to appeal, and defence lawyer Hassan Matar told AFP they would do so "as soon as possible."
"The verdict shows that the judge was convinced that they did not have sexual intercourse but he punished them for the indecent act of kissing (in public)," Matar said.

When the trial opened on August 12, Palmer denied having sex with Acors, saying they were simply "kissing and hugging." She has since been undergoing treatment for "depression and anxiety," according to a medical report handed to the judge last month.

Acors pleaded not guilty to having sex, but a prosecution official was quoted as saying he initially admitted the offence before changing his story.
Matar has insisted that the results of a medical test on Palmer just hours after they were arrested showed "she had not engaged in recent sexual intercourse," while the medical report for Acors was inconclusive.

The case has received extensive coverage in the British press and turned the spotlight on the lifestyle of British residents of the UAE, around 100,000 of whom live in Dubai.
The booming tourist hub is hugely popular with Britons, and is home to more than 120,000 Britons. It hosts hundreds of thousands of Western residents and tourists, but the city state still adheres to certain strict Islamic rules, and bans sex outside of marriage.