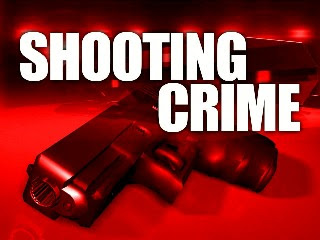 What the hell is a confrontation management?

I dont know its in the article.

More tragedy in our fair city.

Teen dead in his driveway after shooting
By Marvin Hurst KENS Eyewitness News - KENS
Police are investigating the city's latest homicide after a teen was shot and killed early Thursday morning.
The 17-year-old died in the passenger seat of a friend's car in front of his home in the 2900 block of Chloe Drive just before 4 a.m.
Investigators believe and found evidence that a shooting occurred in 1000 block of Hedges.
Investigators believe the friend was so shaken by the shooting that he drove his friend all the way back home instead of seeking medical care.
Investigators believe the shooting was instigated from an incident involving the victim and his teenaged friend during a confrontation management at a Jack-In-The-Box in the 500 block of Fair Avenue. The two teens reportedly displayed a gun during the altercation.
According to the victim's friend, they left the restaurant and were near the Spring View Apartments when four black males in a white vehicle pulled up to them at a stop sign and reportedly opened fire on their car.
Police received a call for shots fired but upon arriving to the area found no one in the area.
"At this time they saying that they didn't know what it was that caused the individuals to pull up and get out of the vehicle, fire several shots at the vehicle," said San Antonio Police Capt. Cris Andersen.
Posted by Sam at 6:24 AM