Have crime have recession? 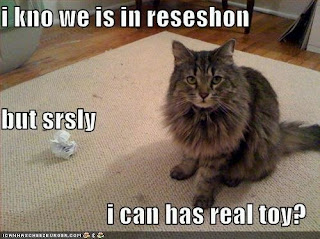 Its the economy stupid.

I guess I'm in a recession-proof industry.

Shootings, stabbing leave 4 dead
Robert Crowe - Express-News
A young woman found shot to death under a bridge was one of four people killed in a violent 10-hour period beginning late Friday that saw at least four shootings and one stabbing, police said.
The woman's death was the 96th homicide of the year, according to police. But even with the spike, the total was still seven fewer than in the same period last year, police said.

Residents near Larry and Walters streets heard multiple gunshots about 8:30 a.m. Saturday before someone discovered the woman under the bridge.
“Officers found a female — we do not know who she is — facedown underneath the bridge, and she has at least one gunshot wound,” said Sgt. Steven Peterson of the San Antonio Police Department.
The woman, shot at least once in the back of her head, was wearing shorts and a T-shirt. She did not have an identification card on her.
“We're hoping someone comes forward with information,” said Officer Joe Rios, a police spokesman.

Police are searching for suspects and a white car seen leaving the scene. At least one witness said the victim appeared to be in her late teens or early 20s.
“She looked real young, like maybe 19 years old,” said Reggie Williams, who discovered the body.
In an unrelated incident, about 6 a.m. Saturday, police said Noe Sanchez, 16, was shot and killed while standing outside his car in the 5900 block of Clearbrook Street near Callahan Road.
Rios said Sanchez was on his way to pick up a female friend when his car broke down. Police think she had been in an altercation with two other men at a party before she left to meet Sanchez.

Rios said the men involved in the shooting were likely looking for another man who had been with the woman but was not with her or Sanchez when he was shot.
Police arrested two men at a nearby apartment complex in connection with the killing, Rios said.
Michael Guerra, 18, was charged with murder and given a $75,000 bond, and Robert Valle III, 18, was charged with deadly conduct and had a $7,500 bond, according to county records.
Sanchez's death was one of three homicides Saturday. The first happened in the 2000 block of West Gerald Avenue. Police received a call at 2 a.m. about a male stabbing victim at Southwest General Hospital.

The victim was identified by the medical examiner's office as Rick Dominguez Ruiz, 29.
A friend of Ruiz told police that when he and Ruiz came to a stop while in a car, an unknown male opened a door and stabbed Ruiz once in the chest for an unknown reason.
The friend drove the victim to the hospital, where he died. Police are searching for suspects.

The weekend's fourth homicide was Friday at 10:30 p.m., when Manuel Barrera was shot and killed by two men who were attempting to rob his mother-in-law outside the VFW hall at 2219 Frio City Road, police said.
Rios said Barrera, 33, tried to intervene when he noticed the men were trying to take the woman's purse. At least one man shot him in the chest. He died at the scene.
The men fled in a blue van with a third man. Police think they attempted to burn the van to conceal the crime.

Another shooting victim, wounded in a home invasion, was expected to survive, police said. At 5:45 a.m. Saturday, three men broke into Quinton Bonds' apartment in the 4400 block of North Hein Road, then shot him before fleeing. Bonds, 23, was transported to Wilford Hall Medical Center in stable condition.
Rios said that while there are often peaks and valleys in crime, he stressed that the homicide rate is still down from last year.
“It's unfortunate when we have these spikes, but people need to understand we are still a safe city,” he said.
Staff Writer Michelle Mondo contributed to this report.
Posted by Sam at 7:27 AM