Destruction of evidence is a crime 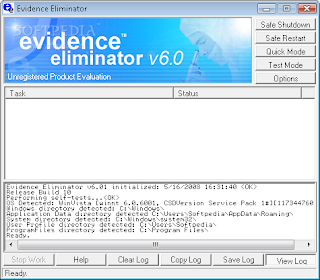 Lock them both up and throw away the keys.

After due process of course.

So they won't win any appeals.

Federal agents today arrested a San Antonio man on a charge of helping his tenant destroy evidence related to the sexual assault and exploitation of a girl in Vermont. The FBI transported Kevin D. Grosenheider, 58, to federal court in San Antonio this morning after he was arrested at the FBI office in Northwest San Antonio. Grosenheider will appear for an initial hearing this afternoon on a charge of misprision of a felony -- not reporting or helping cover-up crime related to Raymond Gagnon. A criminal complaint affidavit said Gagnon, an engineer who had known Grosenheider for years, rented a room at Grosenheider's home on Timber Pond Road.

Gagnon apparently had called him June 30 when he ran into trouble in Vermont, and asked Grosenheider to throw away a safe that contained evidence that implicated Gagnon and someone else in the sexual assault of a minor girl, the affidavit said. The affidavit said Grosenheider, who was previously interviewed, had initially lied to agents about the call but then later admitted Gagnon had called him.

The affidavit also said Grosenheider admitted that in May or June, Gagnon had showed him and a co-worker images of child pornography that Gagnon had received on his cell phone. The affidavit said the images were of a girl in Vermont whom Gagnon claimed to have had sex with. Grosenheider also told agents he later saw the images on Gagnon's computer at the home on Timber Pond Road, and that Gagnon detailed the sexual assault of the girl to Grosenheider.

Grosenheider's arrest is the latest development in the June 24 abduction and subsequent killing of Brooke Bennett, 12, in Vermont. The case has sparked nationwide shock after authorities said she was to be inducted into a child sex ring by her uncle on the day of her disappearance. Her uncle, Michael Jacques, a 42-year-old registered sex offender, was charged with her kidnapping and the possession of child pornography after authorities said images were found on a computer belonging to him.

Gagnon, Brooke's 40-year-old former stepfather, a recent San Antonio resident who worked for a Toyota plant contractor had also been suspected in her disappearance. However, charges of obstruction of justice against him in Vermont were dismissed earlier this year. Federal prosecutors in San Antonio then indicted him on charges of producing and possessing child pornography. Authorities have said Gagnon traded child pornography with Jacques over e-mail, allegedly helped Jacques cover his tracks by using a San Antonio computer to change messages and dates on Brooke's MySpace page to make authorities think she had run away with a man she had met on the Internet.

A girl who said she had sex with both Gagnon and Jacques last year told authorities that Jacques planned to initiate Brooke into a sex ring called “Brackenridge” on the day Brooke disappeared, according to court documents. That girl told authorities that she had been having sex with Jacques since she was 9 years old after receiving a note and phone call informing her that she had been selected for a “program for sex.”
Posted by Sam at 6:45 AM