Falling into a burning ring of fire 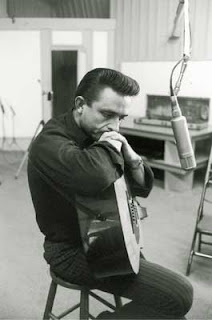 Wow, this is one seriously eff'ed up young man.

I certainly hope he gets some much needed help. I won't even pretend to understasnd the workings of a teenager's mind, despite having been one several million years ago. About the time the dinosaurs died.

Police say boy tried to prove love with fire
By David S. Rauf - Express-News
Fire investigators Thursday afternoon were trying to determine what a 16-year-old boy used Wednesday to start a blaze that torched a Northwest Bexar County home as a way to show devotion to his girlfriend.
The boy, whose identity was not released, admitted to igniting the fire that gutted a house in 10600 block of Shaenridge, according to a police report. Authorities believe the boy set the residence on fire as a way to show his 15-year-old girlfriend he loved her. The girlfriend apparently was jealous of a younger girl who lived in the house that was set on fire.
Exactly how and what started the fire will be determined by arson investigators collecting evidence, authorities said.
On one side of the house, a glass door was shattered, “where it appeared something had been thrown through the glass into the home,” the report said.
An off-duty San Antonio firefighter was among the first to respond to the blaze. On his way home from work, the man tried to battle the fire with a water hose until crews arrived, the report said. By the time units arrived around 11:45 a.m., they found the one-story residence engulfed in flames.
And while the device used to start the fire was still under investigation, the motive apparently is clear. As deputies began interviewing residents of the neighborhood, the mother of the boy’s girlfriend told authorities that the boy set “the fire to prove his love for her,” the report said.
Immediately after the fire, the boy tried to kill himself by swallowing a combination of rat poison and bleach.
He “wanted to kill himself or hang himself,” the report said.
The boy was detained and taken to a local hospital for a mental evaluation, where he remained on suicide watch Thursday afternoon, authorities said.
Posted by Sam at 6:41 AM