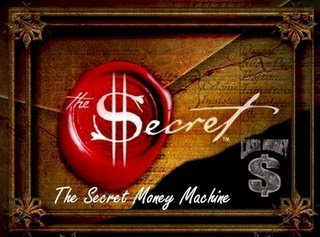 I sure will be glad when this political season ends.

It isn't just the national campaigns which are slightly nuts.

So are local races, as well.

HONDO — Medina County Attorney Ralph Bernsen Sr. finds himself involved in the nastiest campaign of his career, even though he isn't seeking a fourth term Nov. 4.
The Democrat hoping to replace him, Hunter Schuehle, has accused Bernsen of wrongdoing in attacks that also are intended to soil Kim Havel, Bernsen's assistant, who's the Republican contender.
“She's his selected county attorney, so I guess I'm running against both of them,” said Schuehle, who served as Medina County attorney for 12 years, leaving office in 1988. He's been on the Edwards Aquifer Authority board for 10 years.

Havel, 34, says she's “horrified” by Schuehle's claims about a stipend she gets from a checking account composed of fees paid by hot check writers that Bernsen alone controls.
Schuehle's fliers refer to “secret” payments from “secret bank accounts,” paid “without commissioners court approval, without being in the approved county budget, nor being deposited in the county treasurer's account as required by law.”
“No elected officials should have their own piggy bank,” said Schuehle, 61.

Bernsen says there's nothing improper — or secret — about the salary supplement paid to Havel since she was hired in 2004, which now totals $530 a month.
He also pays a second worker a stipend from the fund, and their tax withholdings.
“If the boy could speak a word of truth, it would help,” Bernsen, 74, said of Schuehle.

Robert Kepple, director of the Texas District and County Attorneys Association, said many county attorneys pay salary stipends with similar accounts, which can be used to defray expenses of their office, except their own salaries.
The money is spent at the sole discretion of the county attorney, he said, and need not be reflected in the county budget, approved by commissioners court, nor deposited with the county treasurer.

Schuehle says he calls the account and the payments secret because they're outside the normal budget process, and “not one elected county official knew about it” when he started looking into the matter months ago.
But Medina County Judge Jim Barden said he's known of the fund activity since taking office in 2003. “I guess, if you don't know about it, it's secret,” he said. “It's not hidden.”

Sheriff Randy Brown investigated Schuehle's claims, including possible forgery and tax fraud, and found them baseless.
“There's nothing criminal or secret,” Brown said, noting the county auditor reviews the account.
Schuehle sees party loyalty in the dismissive reaction to his concerns by Brown, Barden and other Republicans.

Citing it as proof the fund was mishandled, he noted that Bernsen recently transferred the $5,180 balance into an account overseen by the treasurer.
But Bernsen said he closed the account because Schuehle posted on his campaign Web site copies of checks paid to Havel, compromising its safety.

Schuehle has run ads aimed at county employees, alerting them to the “secret” pay of co-workers. In response, last week Bernsen dissected Schuehle's “deceptive campaign” and endorsed Havel in large newspaper ads that he said cost a total of $1,124.
“He's besmirching my record as county attorney and using false information against Kim Havel, who has nothing to do with where accounts go or how much supplements she'll get,” he said of Schuehle.

Schuehle denies employing misinformation, saying, “I'm running it on the facts.”
If elected, his flier says, he'll recover the salary supplements, but won't say how.
Havel said, “It's ridiculous that he thinks he could retrieve money that's in a paycheck.”
Havel said some voters have told her the ads convinced them to back her.
“They don't like dirty campaigning,” she said.
Posted by Sam at 5:43 AM