Still making headlines after all these years 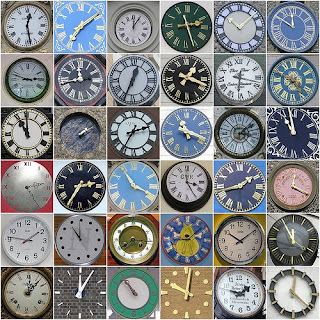 Castrated sex offender Larry Don McQuay is facing parole revocation for possessing what prison officials say were sexually explicit materials in a Bexar County work-release facility last month.
McQuay's attorney, Tom Beck, said the materials, which he described as tarot cards with an illustration of a woman's exposed breasts, are not sexually explicit.

But Michelle Lyons, spokeswoman for the Texas Department of Criminal Justice said McQuay was “in possession of cards featuring individuals having sex as well as images of exposed females.”
“The bottom line is that a convicted sex offender is not allowed to possess these items,” she said Wednesday.

It will be up to a TDCJ parole board to decide this week whether the cards and other items — including photos of missing and exploited children found on income tax forms — constitute a violation of McQuay's 11-year intensive supervision program.

McQuay's lawyer called the allegations outrageous.
“There was no pornography involved,” said Beck, McQuay's court-appointed attorney. “There were about five tarot cards that simply showed a woman's breast. You can buy a magazine with pictures of Britney Spears' breasts, but somehow that's not sexually explicit.”
According to the Texas Penal Code, sexually explicit is defined as any material that relates to sexual conduct — a term that encompasses “any portion of the female breast below the top of the areola.” Possessing the materials is considered technical violations of parole, Lyons said.
One tarot card showed a topless man standing near a woman, Beck said.
“These were drawings. No genitalia was shown and no physical contact,” he said. “They are treating him this way because of his history.”

Indeed, McQuay has a dark history as a notorious sex offender. He claims to have molested hundreds of children. Prior to his release from prison for a sex offense, McQuay was surgically castrated — voluntarily — because he wanted to quell his urges. He once told authorities that he would kill children if he didn't have the procedure.

His pleas for castration garnered national headlines, and in 1997, Texas became the first state to allow surgical castration for repeat sex offenders.
“He made the ultimate sacrifice to remedy his situation,” Beck said.

Some studies have shown that orchiectomy, surgical removal of the testes, may lower sex drive because it reduces testosterone levels. But some psychologists and doctors say castration doesn't eliminate sexual urges or deviant behavior.

“Sexual desire isn't solely driven by hormonal levels,” said Dr. Karen Lawson, director of the sexual abuse treatment program in the Menninger Department of Psychiatry at Baylor College of Medicine. “It can be driven by thinking errors, low self-esteem and desire to empower oneself over someone else.”

McQuay has been living at a work-release facility housed in Bexar County Jail since his release from a TDCJ prison May 3, 2005.
McQuay was transferred to a solitary cell in September, after jail officials found the materials, Bexar County Jail administrator Brian Menges said.
He's one of 115 people on a TDCJ work release contract and one of eight under closer supervision, Menges said. McQuay is scheduled for release in 2016.

He lives in a common area with at least 20 other inmates, Beck said. The parolee also wears an ankle monitor that tracks his location by GPS satellite, and he is not allowed to leave the jail without a parole officer present.
“He can't get a job because there's a parole officer following him around everywhere,” Beck said. “And he can't be anywhere near children.”

Authorities are unsure how he procured the materials, which were found under his bunk.
“The items may have already been inside the jail,” said Deputy Ino Badillo, Bexar County Sheriff's Office spokesman. “That's under investigation.”

Beck said a parole officer also wrote up McQuay for possessing images of missing and exploited children found inside an Internal Revenue Service tax booklet.
“He had those because he does taxes for other inmates,” Beck said.

Prison officials said they were forced to release McQuay in 2005 despite protests because of the state's mandatory release laws. He served eight years of a 20-year sentence on child molestation charges.
“He had to be released once his good-time credits and his flat time (physical time behind bars) equaled the length of his sentence,” Lyons said.

“There's got to be some way to make an exception with these cases,” said Vickie Ernst of Childsafe, a local advocacy center. “We would need to take a look at those who have multiple convictions, multiple victims or long-term history.”
Posted by Sam at 6:36 AM