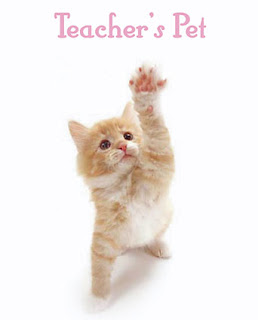 Glad the State is looking at pulling his teaching certificate.

Indictments made public today reveal specific, detailed allegations against a former Jim Ned teacher accused of having inappropriate relationships with students.
The indictments, handed down by a Taylor County grand jury Thursday and not available for public review until this morning, contend Kaleb Tierce, 26, sought sexual favors from three female students roughly three years ago -- in the latter part of 2005.
According to the indictments, Tierce allegedly:
-- Requested that one of the students "come to his residence when no one else was present."
Asked to further elaborate, Sgt. John Cummins, spokesman for the Taylor County Sheriff's Office, said Tierce allegedly asked the student to come to his home under an undisclosed "normal pretense" and then, after she arrived, allegedly kissed and exposed himself to her.
The indictment concluded it was part of Tierce's attempt to "engage in sexual conduct and sexual intercourse."
-- Told another of the students that he "always wanted to be with a black girl" and asked "what she would be willing to do for a better grade."
-- Told a third student that "she could flash him and let him touch her boobs or she could give him" oral sex.
The reported latter two attempts, the indictments state, were part of Tierce's effort to engage in sexual contact and "deviate sexual intercourse."
The students' names, because they are now considered adults, are listed in court documents.
Tierce, listed in court documents as 5-foot-10 and 205 pounds, faces three counts of attempted improper relationships with students.
He turned himself in to authorities at 5:05 p.m. Friday -- after the District Clerk's Office closed -- on charges of having inappropriate relationships with students. He was released, after posting bond, in 30 minutes. Bail for each charge was set at $10,000.
The alleged relationships with female students began on school grounds, but the incidents are thought to have occurred off campus, Cummins said last week.
Improper relationships between an educator and a student is defined in Texas law as sexual contact or communication that is sexual in nature. It is a second-degree felony punishable by two to 20 years in prison and up to a $10,000 fine.
Tierce taught pre-Advanced Placement English and was an assistant football coach at Jim Ned High School in Tuscola until he was placed on paid administrative leave in October 2007 after parents of a ninth-grader filed a complaint with the sheriff's office. The parents complained about Tierce assigning "Child of God," by Cormac McCarthy, to their then 14-year-old daughter. The book has graphic depictions of sex and violence.
Later allegations surfaced concerning an inappropriate relationship between Tierce and at least one former student.
Tierce wasn't charged with providing harmful material to a minor, a misdemeanor.
In March, the Jim Ned school district trustees voted not to renew Tierce's teaching contract for the 2008-09 school year.
Tierce's Texas educator certificate on the State Board for Educator Certification's Web site says he is under review by the SBEC Professional Discipline Unit. The review is standard when an educator is being investigated by law enforcement for alleged criminal conduct and could result in the state board revoking the teacher's certification.
Tierce is now self-employed, Cummins has said, and makes money by doing odd jobs.
Posted by Sam at 5:55 AM