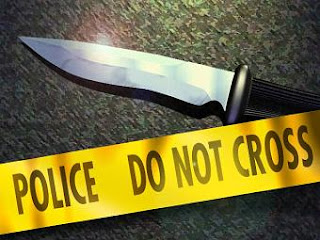 What in the world?

That poor daughter who saw this.  Their poor children too.

This is a Judge's worst nightmare too.

MINNEAPOLIS — A man punched his estranged wife and stabbed her 70 times in the chest and head before his 13-year-old daughter pulled him away, disarmed him and fled with the knife, police said Saturday.

The fatal attack came about one week after the suspect was charged with assaulting the same woman. He had been released without bail on the condition that he not contact her.

Billy Nash, 46, of Minneapolis was charged Friday with first-degree murder, which carries a maximum penalty of life in prison. He was ordered held on $1 million bail.