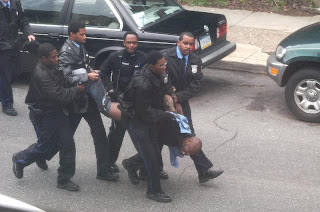 I  am glad he was caught.

Now the Court can sort it all out.

Suspect arrested in stabbing of 17-year-old
By Bryan Shettig   - The Herald-Zeitung
Police officers arrested a New Braunfels man Wednesday evening in connection with the stabbing of a 17-year-old man last month.

Rosales was wanted for aggravated assault with a deadly weapon after police suspected him of stabbing Javier Leonardo Grado, 17, on March 23 in the 100 block of Morales Court.

Grado survived the stabbing, which officers said escalated from a fight outside a home and ended with the teenager stabbed at least once in the abdomen.

Officers looking for Rosales on March 24 got a tip from an anonymous resident of his location, searched a home in the 200 block of N. West End Avenue and found six marijuana plants at the residence.

Rosales, who also goes by the alias “Fifty,” has not been charged with possession of marijuana for the found plants, according to Comal County Jail records.