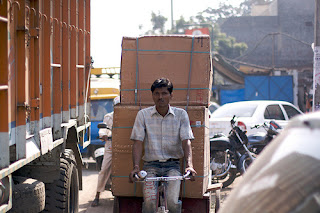 As someone who used to go on 50 mile+ bike rides I applaud this law and its intent.

As a prosecutor I think it will be an extremely difficult law to enforce.

New rules of the road
By Chris Cobb - The Herald-Zeitung
Drivers in New Braunfels now will have to start giving a wider berth to bicycles and other “vulnerable road users” who share the local streets.

The New Braunfels City Council passed an ordinance Monday to protect pedestrians, bicycles, motorcycles, the handicapped and even people on horseback — requiring that cars and trucks pass them with added care.

Similar legislation has been passed in several Texas cities, primarily to protect bicyclists.

Governor Rick Perry vetoed a bill that would have made it statewide law in 2009.

“This gives law enforcement a tool, and I think it also creates added awareness for people that are out there driving,” said City Manager Mike Morrison. “Now not only should they give those people a wider berth, but they’re required to do so.”

Under the new city ordinance, drivers must change lanes if they encounter a vulnerable road user.

If there is only one lane of traffic, cars and light trucks must give vulnerable road users at least 3 feet of room when passing, with larger semi-trucks required to give six feet. In addition, vehicles must yield the right-of-way at intersections to all vulnerable road users.

Some cyclists and city leaders described the move as a step toward safer streets for everyone in New Braunfels.

“The more clearance you give people, the safer it’s going to be and the less chance there is of something bad happening,” said Aaron Martin, who was out riding his bicycle downtown on Tuesday. “There’s not enough bike lanes in this town as it is, so I think it’s definitely a good idea.”

Jim Shahan of Warth Pro Cycles said that while well intentioned, the law was unnecessary.

“To me, it’s about personal responsibility,” said Shahan, who’s been riding for more then 20 years. “I think motor vehicles give people enough room as it is, and it’s cyclists who need to obey the law.

“This is just an excuse for people to continue riding like idiots out there.”

As with most traffic offenses, city leaders said police officers would likely have to be on-scene to catch and cite offenders.

But just having an ordinance also could make New Braunfels less dangerous, according to Mayor Bruce Boyer.

“Hopefully we can trust our citizens to obey the law, and if they do that, I think it will make it safer for folks out there,” he said.

A vulnerable user is:

• A pedestrian, including a runner, a physically disabled person, child, skater, highway construction or maintenance worker, tow truck operator, utility worker, other worker with legitimate business in or near the right-of-way.

• A person on horseback

• A person operating equipment other than a motor vehicle, including but not limited to, a bicycle, handcycle, horse-driven conveyance or unprotected farm equipment.

• A person operating a motorcycle, moped, motor-driven vehicle or motor-assisted scooter.
Posted by Sam at 6:47 AM