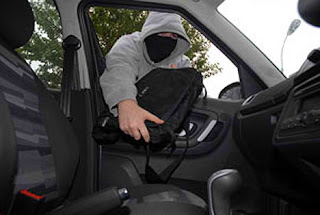 Now its a capital murder rather than a theft case.

Was there anything in the purse worth losing your life over?  I am not blaming the victim here i am just saying folks, be careful out there.

If someone jacks your car, walk away don't get killed over mere property.

May she rest in peace.

A woman who tried to stop a purse-snatcher Monday died from injuries sustained after falling off the suspect's truck, authorities said.

The victim, identified as Vanessa Marie Pitts, 25, died at Wilford Hall Medical Center, where she was taken with severe head injuries, police said.

Pitts was stationed at Lackland AFB, according to a police report, but no further information was available. The case is now being handled as a capital murder investigation.