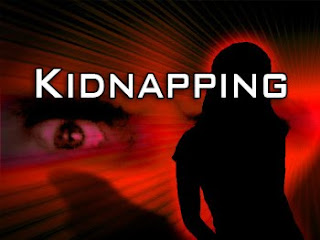 Its an all out war apparently south of the border..


Monterrey hotel attacked in Mexico kidnappings
The hotel assault was reportedly mounted by up to 50 gunmen who seized cars to block streets, slowing the police. At least three people were kidnapped in the attack bearing hallmarks of drug violence.

In a bold predawn attack, gunmen stormed a hotel Wednesday in the heart of the northern city of Monterrey and kidnapped at least three people, officials said.

Mexican media said up to 50 hooded gunmen arrived in a convoy and burst into the downtown Holiday Inn, seizing guests and employees.

Law enforcement officials, offering only scant details by late afternoon, said it was not immediately clear whether a fourth person was seized or how many gunmen took part in the 3 a.m. attack. Authorities offered no motive for the kidnappings, but the attack bore the hallmarks of Mexico's drug gang violence.

Monterrey's mayor, Fernando Larrazabal, said police had trouble reaching the scene because the attackers commandeered cars and used them to block surrounding streets. Larrazabal told a radio interviewer that the kidnappers had disappeared in less than 20 minutes.

Authorities dismissed news reports that the kidnappers had seized another person from a hotel across the street. Initial news accounts here said seven people had been kidnapped.

Violence related to drug gangs has spiked in recent months in northeastern Mexico, including around Monterrey, a business hub that is Mexico's third-largest metropolitan area. Hit men have slain police officers and members of rival groups.

A shootout in Monterrey between gunmen and Mexican soldiers last month killed two university students outside their school, Monterrey Tech.

Much of the recent mayhem across the state of Nuevo Leon, of which Monterrey is the capital, and the nearby state of Tamaulipas stems from fighting between the Gulf cartel and former allies, known as the Zetas. That feud has drawn in other trafficking groups, spreading chaos along the U.S. border near the Gulf of Mexico.

The Holiday Inn, with 390 rooms, sits in a downtown zone with numerous high-rise hotels.

The website of the daily Reforma newspaper quoted an unidentified witness as saying the hotel erupted in shouts and the sound of people being beaten. It said gunmen fired when a captive tried to escape, but that it was not clear if the person was hit.

A security guard was reportedly pistol-whipped.

Calls to the hotel were not answered.
Posted by Sam at 7:24 AM