How much blood is on his hands? 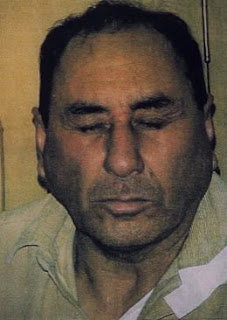 Okay we can't give him the death penalty or a life sentence?


No wonder there is a huge problem in Mexico with the drug cartels.

A reputed drug kingpin targeted since 1978 finally has been extradited from Mexico to Texas, where prosecutors contend his syndicate pumped tons of drugs and millions of dollars through San Antonio, Houston and elsewhere.

Juan Jose Quintero Payan, 68, is the alleged head of the Quintero syndicate, based in Guadalajara, Mexico. Federal agents brought Quintero to San Antonio, where Monday he quietly had an initial appearance before U.S. Magistrate Pamela Mathy.

His organization is tied by name and blood to the traffickers that helped kidnap, torture and murder DEA agent Enrique “Kiki” Camarena Salazar a generation ago. Quintero is the uncle of notorious Mexican trafficker Rafael Caro Quintero, imprisoned in Mexico for his role in Camarena's killing in 1985.