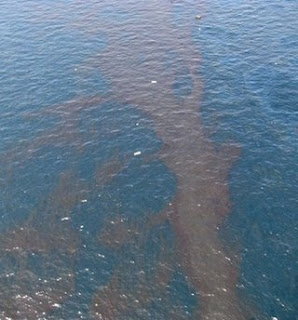 Literally what a mess this is going to be.

Another question, why is the government sending SWAT teams to search other rigs and platforms?

Do they think, believe, or have information that the explosion and sinking of the rig was an act of sabotage or terrorism (I mean man-caused disaster)?  Or are they just acting stupid?

In other words, do something, anything, so we won't look like Bush and Katrina?


Coast Guard Rear Adm. Sally Brice-O'Hara faced questions on all three network television morning shows Friday about whether the government has done enough to push oil company BP PLC to plug the underwater leak and protect the coast.
Brice-O'Hara said the federal response led by the Coast Guard has been rapid, sustained and has adapted as the threat grew since a drill rig exploded and sank last week, causing the seafloor spill.