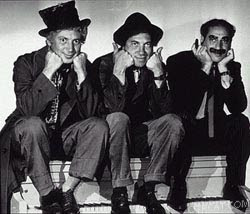 So can the folks bringing the lawsuit.m  let the jury sort it out.

EDINBURG — As wrongful death cases go, the one that almost predictably followed the fatal fall of construction worker Antonio Rivas in McAllen in May 2002 was unremarkable in every respect but one.

A lawsuit against the company that employed Rivas was quickly filed by lawyers from the Watts Law Firm on behalf of Rivas' widow, Maria Zuniga, and his aging mother, Cayetana Rivas, who lived across the Rio Grande in a small border village.

Now pending in Hidalgo County is another suit, naming Mikal Watts, Zuniga, and lawyers Hunter Craft and Charles Argento as defendants. It claims that Cayetana Rivas was deceived and cheated in her son's wrongful death suit.