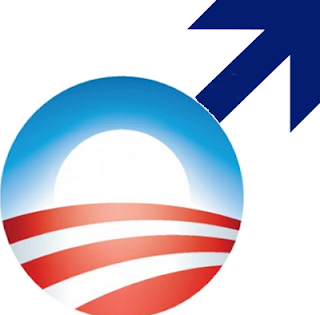 Would it be unkind of me to state I am all for sending President Obama to Mars.

Oh and please feel free to take Vice President Biden, Harry Reid, and Nancy Pelosi with you for company.


Also let me be the first to offer my own suggestion for the symbol for Project ObaMars!

KENNEDY SPACE CENTER, Fla. — President Barack Obama tried Thursday to rekindle the nation's reach for the heavens, laying out a roadmap that includes manned exploration deep into space by 2025 and a Mars landing within his lifetime.

Obama traveled to Kennedy Space Center to symbolically ease some of his controversial cutbacks to the nation's manned space program.

Addressing his vision for the future of space flight for the first time in his presidency, Obama sought to rally broad national support for NASA operations that remain constrained by federal spending reductions and hard economic times.