Justice not served in my opinion 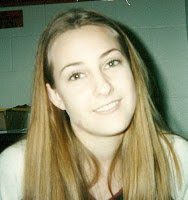 Somehow I feel let down.

It's not the Bexar County prosecutor's fault.

I do not believe justice was served in this case.  He clearly deserved to be tried for capital murder because he killed her during the robbery of the store.  However, he fled to Mexico and to get him extradited back the prosecutors had to promise not to seek the death penalty.

I believe he should have at least received a life sentence without the possibility of parole.

God rest Amber's soul. May He also bring peace to her family.

Their voices raw with sorrow and anger, the parents of murder victim Amber Belken stared across the courtroom at her killer Tuesday morning and struggled to convey what they had lost.

“Amber was our soul,” her father, Randy Belken, said to Geovany Rivera, who had moments earlier entered into a plea agreement, accepting a sentence of life in prison. “You didn't kill one person. You killed three.”

Rivera, 25, once faced the possibility of the death penalty for the robbery and killing that occurred Jan. 29, 2007, at a North Side video game store, where he once worked alongside Amber Belken, 25.