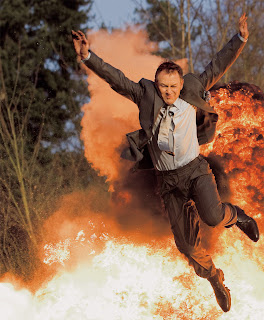 If he truly made a joke about the smoke smell by saying "I was just trying to light my shoes"  he should be asked to leave the country.

DENVER (AP) - Qatar's U.S. ambassador rushed to the defense of his envoy whom authorities say grabbed a surreptitious smoke in a jetliner's bathroom, sparking a bomb scare and widespread alert that sent jet fighters scrambling to intercept the Denver-bound flight.

But no explosives were found and authorities speaking on condition of anonymity said they don't think he was trying to hurt anyone during Wednesday's scare and he will not be criminally charged.