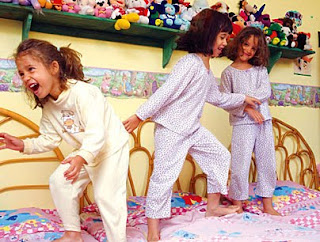 How very very sad for the victim and her family.

Just imagine the guilt they feel in having allowed  her to go to what should have been an innocnet slumber party.

Marion man faces charge of sex assault
MARION — Police were mum Thursday on the arrest of a 51-year-old Marion man authorities say sexually assaulted a 12-year-old girl during a slumber party in his home.

Eugenio Alejandro was taken into custody Monday on a first-degree felony charge of aggravated sexual assault of a child. He posted $150,000 bail and was released pending trial.

Marion Police Cpl. Darren Haverstock Thursday confirmed the arrest, but said the case was under investigation and declined to say anything further.

Haverstock, who is the Marion Police Department’s criminal investigator, obtained a warrant for Alejandro’s arrest from Precinct 4 Justice of the Peace Larry Morawietz on Monday.

In his affidavit seeking the warrant, Haverstock said he was informed of the sexual assault on April 4.

“I was told that a child who is 12 years of age had been staying at the home of her friend for a slumber party, and that while there, she had been sexually assaulted by Eugenio Alejandro,” Haverstock wrote.

During his investigation, Haverstock said he interviewed a teacher at Marion Middle School and learned that the girl had made an outcry about the incident at school.

On April 7, the victim was interviewed at the Guadalupe County Children’s Advocacy Center by forensic interviewer Christy Williams.

“During the interview, (the victim) described the incident and stated she was awakened at the Alejandro home by Eugenio Alejandro touching her ... .” Haverstock wrote.

Sexual assault of a child is a second-degree felony unless the child is under age 14, when it becomes a first-degree felony. If proved at trial, Alejandro faces between 5 and 99 years in state prison and a fine of up to $10,000.
Posted by Sam at 8:39 AM