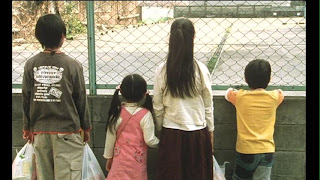 I imagine CPS has gotten a phone call and will be involved in this pretty quickly.

A woman was arrested Tuesday morning after allegedly abandoning her four children to go dancing, police said.
Melissa Franco, 30, remained in Bexar County Jail on four counts of abandoning a child with intent to return.

Police were contacted Monday night for a 2-year-old girl wandering a West Side neighborhood in the 1000 block of Angela Street, an arrest warrant affidavit states. After police found the child, they found three other siblings, all under 15, at a home in the 1400 block of Saltillo Street.