Every gun should be treated as if they're loaded 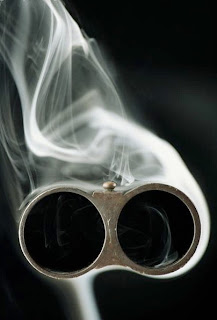 Also why did the kid have a loaded shotgun under his bed?

The boy's lucky to be alive.

I hope he recovers without complications.

Teen shot in chest with shotgun
By Michelle Mondo - Express-News

A 17-year-old boy was rushed to the hospital Sunday night after another teen shot him in the chest with a shotgun while friends gathered at a South Side home.

The shooting occurred just before 11 p.m. at a house in the 100 block of West Hart Street.

San Antonio Police Captain Cris Andersen said the parents of the victim were sleeping in a back bedroom and a group of about eight teens were hanging out when the shooting occurred. The victim's brother, 14, witnessed the shooting, Andersen said.