Help! I've been mugged by an alien! 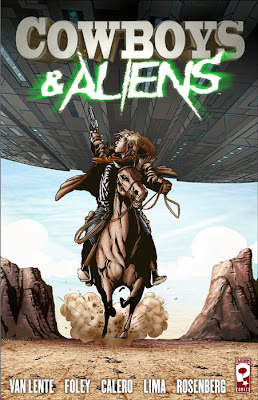 Of course that's because I've read tons of science fiction and watch the movies too.

BTW Aliens, stay out of Texas.


THE aliens are out there and Earth had better watch out, at least according to Stephen Hawking. He has suggested that extraterrestrials are almost certain to exist — but that instead of seeking them out, humanity should be doing all it that can to avoid any contact.

The suggestions come in a new documentary series in which Hawking, one of the world’s leading scientists, will set out his latest thinking on some of the universe’s greatest mysteries.

Alien life, he will suggest, is almost certain to exist in many other parts of the universe: not just in planets, but perhaps in the centre of stars or even floating in interplanetary space.

Hawking’s logic on aliens is, for him, unusually simple. The universe, he points out, has 100 billion galaxies, each containing hundreds of millions of stars. In such a big place, Earth is unlikely to be the only planet where life has evolved.

“To my mathematical brain, the numbers alone make thinking about aliens perfectly rational,” he said. “The real challenge is to work out what aliens might actually be like.”

The answer, he suggests, is that most of it will be the equivalent of microbes or simple animals — the sort of life that has dominated Earth for most of its history.

One scene in his documentary for the Discovery Channel shows herds of two-legged herbivores browsing on an alien cliff-face where they are picked off by flying, yellow lizard-like predators. Another shows glowing fluorescent aquatic animals forming vast shoals in the oceans thought to underlie the thick ice coating Europa, one of the moons of Jupiter.

Such scenes are speculative, but Hawking uses them to lead on to a serious point: that a few life forms could be intelligent and pose a threat. Hawking believes that contact with such a species could be devastating for humanity.

He suggests that aliens might simply raid Earth for its resources and then move on: “We only have to look at ourselves to see how intelligent life might develop into something we wouldn’t want to meet. I imagine they might exist in massive ships, having used up all the resources from their home planet. Such advanced aliens would perhaps become nomads, looking to conquer and colonise whatever planets they can reach.”

He concludes that trying to make contact with alien races is “a little too risky”. He said: “If aliens ever visit us, I think the outcome would be much as when Christopher Columbus first landed in America, which didn’t turn out very well for the Native Americans.”

The completion of the documentary marks a triumph for Hawking, now 68, who is paralysed by motor neurone disease and has very limited powers of communication. The project took him and his producers three years, during which he insisted on rewriting large chunks of the script and checking the filming.

John Smithson, executive producer for Discovery, said: “He wanted to make a programme that was entertaining for a general audience as well as scientific and that’s a tough job, given the complexity of the ideas involved.”

Hawking has suggested the possibility of alien life before but his views have been clarified by a series of scientific breakthroughs, such as the discovery, since 1995, of more than 450 planets orbiting distant stars, showing that planets are a common phenomenon.

So far, all the new planets found have been far larger than Earth, but only because the telescopes used to detect them are not sensitive enough to detect Earth-sized bodies at such distances.

Another breakthrough is the discovery that life on Earth has proven able to colonise its most extreme environments. If life can survive and evolve there, scientists reason, then perhaps nowhere is out of bounds.
Hawking’s belief in aliens places him in good scientific company. In his recent Wonders of the Solar System BBC series, Professor Brian Cox backed the idea, too, suggesting Mars, Europa and Titan, a moon of Saturn, as likely places to look.

Similarly, Lord Rees, the astronomer royal, warned in a lecture earlier this year that aliens might prove to be beyond human understanding.

“I suspect there could be life and intelligence out there in forms we can’t conceive,” he said. “Just as a chimpanzee can’t understand quantum theory, it could be there are aspects of reality that are beyond the capacity of our brains.”