The law of parties 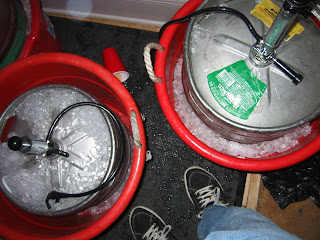 A keg party, a murder and the law of parties.

The murder trial of a San Antonio man accused of encouraging his uncle to stab an uninvited guest at a keg party three years ago began Tuesday.

“Somebody stab him!” Rudy Perez, 22, was accused of yelling during a melee that broke out at his Northwest Side apartment Oct. 21, 2007.